In recent years there has been increasing concern about the deterioration in the standards of higher education in economics, environment and finance in the country. Undoubtedly, India has produced and continues to produce economists of high calibre who have made valuable contributions to theory and policymaking. However, at present, there are only a limited number of centres of excellence in post-graduate teaching and research in economics in the country. For various reasons, some of which are well known, these centres of excellence have been dwindling in number. It is unfortunately true that today there are very few schools where teaching and research in economics reach up to the best international standards. On the other hand, the services of well-trained, competent  economists are in great demand, and the demand is expected to grow exponentially with the rapid growth and globalization of the economy. 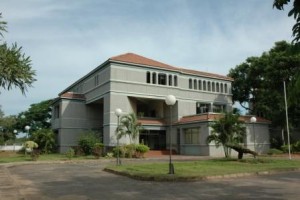 A fast growing economy such as India needs the services of a large number of well-trained economists. The government, whose economic policies vitally affect the growth trajectory of the economy as well as its stability, needs well-trained economists at various levels. The private sector, whose ambit and scope of operations are expanding and which has now entered several new areas such as banking, insurance, heavy industries and financial services, will also need economists of high calibre. However, at present, there are only a limited number of centres of excellence in post-graduate teaching and research in economics in the country. The number of young economists being produced by the shrinking number of centres of excellence is far from adequate to meet this rapid growth in demand for high-quality professionals from the public and private sectors, in addition to meeting the needs of universities. It is in this context that a few prominent industrialists and academicians came forward to estabilish the Madras School of Economics(MSE). The primary objective in founding the MSE was to create a Centre of Excellence in post-graduate education in economics in the country.

The starting of the MSE can be looked upon as a venture to establish a largely privately funded independent institution of higher learning in a vital field of social sciences.

The aim is to attain standards prevailing in some of the best schools of economics abroad. Merit will be the major consideration in the recruitment of staff and the admission of students subject to certain statutes governing reservations. Enrolment is being done on the basis of national competition since MSE is a national institution, though named after the southern city of its physical location.

It was decided to build up MSE as a largely privately funded institution. The need for private initiatives in higher education was felt because of the resource constraint faced by the government and more importantly because private institutions, duly accredited, would have greater flexibility for innovation and introduction of stricter standards. The hope was that after MSE had become fairly well-established, it could be approved as a deemed university and then it would have both autonomy and the approval of the University Grants Commission.

Vision for the future

MSE aims to become an internationally recognised Centre of Excellence in economic studies, attracting the best of students and teachers from different parts of the country

Plans for further development of the academic programme